Kingdom Career Builders is a missions organization that raises funds for church oriented building projects, teaches, serves, and gives to local people to see them mobilized and empowered to advance God’s kingdom in their areas and around the world.

Kingdom Career Builders mission is to raise funds for building projects for churches and empower and prepare small businesses  in Biblical principles to start and run small businesses and to prepare them financially to impact the Kingdom of God.

Kingdom Career Builders raises funds to assist in building projects for churches and assisting in business projects to help churches become self sustaining and creating work opportunities for the people in the church.

Kingdom Career Builders is led by Mark Hanson, a successful small business owner from Atlanta, Georgia. He is taking the kingdom and business lessons that God has taught him over the past 15 years and now passing them onto a new generation along with expanding the Kingdom of God with various project all over Africa. Through partnering with local pastors, he is empowering them and their churches to have greater impact in their areas. His passion is seeing people all over the globe break cycles of poverty, prosper and give back to financially impact the Kingdom of God.

Pastor Willie Russell, Jr. has ministered in the area of biblical stewardship for over thirty years. His style and approach to financial victory has been a proven success. He is the author of the book Yea, Though I Walk Through the Valley of Debt and the work book Total Stewardship.

Pastor Willie has also worked in Men’s Ministries and has spoken at numerous conferences around the US and South Africa. He delivers a clear direct message to men that forces them to examine themselves and creates a change in their lives.

In 2000, he and his wife founded Life Connection Ministries, a missions based ministry, which is established to help and empower sustainable solutions and humanitarian relief to impoverished communities around the world. LCM is about real people dealing with real issues getting introduced to a real God who has all of life’s answers.

In 2011, Pastor and his wife started The Matthew E. Russell Foundation in honor of their son who passed away suddenly. Each year the Foundation is committed to building a fully functional library/media center in the rural regions of South Africa. The primary venues that the Foundation utilizes to achieve its mission are the use of media and technology; such as providing computers and e-readers equipped with eBooks, as well as establishing libraries in schools that have not had the funds to invest into reading programs and education. In addition, the Foundation will introduce for the first time, a modern system of collection management, cataloging and classification for library management.

Glenn Collis has represented the body of Christ in both the business world and in ministry. As a successful entrepreneur, Glenn has owned many businesses and was honored to receive the Georgia Businessman of the Year. Glenn has developed a training and mentoring program for Christian Businessmen to teach them to use the Godly principles in their business. For over 25 years, Glenn has served as a charter member of World Harvest Church  and is currently on its Board of Directors helping provide business insight to all major financial decisions. As a part of Harvesters International Ministries for over 30 years, Glenn has helped establish churches all throughout Africa and Russia. Glenn has been married to the love of his life Dawn for over 60 years.

It is with much humility and honor to submit to you a brief history of our ministry journey. In 1985, Christ Alight Ministries was birth in a single garage in Umbango , Port Shepstone. We started with 22 people that met on the first Sunday. Our purpose of ministry was to minister to the alcoholics in our Town. This ministry in the single garage continued for almost 8 years. We then moved to the Marburg library hall that catered for about 100 people. We continued for a further 12 years until we decided to purchase a church property and build the church. However, after much prayer and negotiations, we purchased a property and built the current church. We moved into the building in 2003. The current building can cater for up to 600 people. Praise God in 2014, we paid up the existing bond of R140 000.

In January 2016, Charlotte opened CAMS DAYCARE. She started with 5 children and by the end of 2016, she had 17 children. This ministry grew every year and now she has 42 children at the Umbango branch. In January 2019, she started the second branch at home, that current caters for 18 children. God has been so faithful to us for which we give him all the praise, honor and glory.

I, also since 1985, run my life insurance business as a financial advisor, that has sustained me financially. I am now hoping after 34 years to resign and spend more of my time shepherding the family at Christ alight ministries and helping with Cams Daycare.

Both Charlotte and I are grateful and indebted to brother Mark, who in the past 3 years, has supported Cams Daycare financially. We look forward to continue developing the daycare and ministry for the purpose of adding value for the body of Christ. It has been a very difficult but pleasant journey taking care of people. Through it all God has been faithful. Our motto is to build spiritual families in the church and the daycare.

Pastor Cecil is a man of vision, principle and excellence. He is a catalyst for growth, progress and development. Pastor Cecil is a respected and renowned leader, known for his dynamic teachings loaded with practical applications. As a business and ministry leader, he has demonstrated his value to the kingdom as a successful and faithful leader. After graduating with a BA degree from UKZN in 1987 Ps Cecil served as an educator for 6 years. In 1993 he

launched a retail business that proved to be highly successful. In 2003 the Power of Love church was planted in the Hemero garage with only a handful of people. Today, by God’s grace and under the leadership of Ps Cecil, POL has grown to become one of the influential churches in the city of Kokstad. The church runs a thriving junior primary and preschool that impacts over 300 children every day. Power of Love continues to multiply and has extended its influence into the city of Durban with the planting of a branch church.

Ps Cecil is a devoted husband and father. He has been married to Estelle for over 29 years. Together they have been blessed with 3 children, a son in law and a grandson. 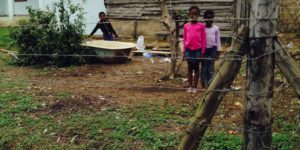 Join Kingdom Career Builders in building God's kingdom in Africa and all around the world. Through your generous giving, churches and kingdom people are being built and equipped. You can give by check … END_OF_DOCUMENT_TOKEN_TO_BE_REPLACED